Originally built for my own convenience and as a project to learn C# and make a WinForms application. It grew into a bigger project to also allow others  a quick way to both download newer Minecraft releases including all the required files directly through the launcher, including the portable Java setup. It also allowed for checking a list of latest mod releases for particular mc versions, along with downloading my own modpacks that got pre setup, having noticing the difficulty others had in combining a lot of different MC mods.

It was also a nice way to launch Minecraft using a portable setup. Ie Java and Minecraft on a usb stick, or just a quicker way of using different running multiple instances with any combination of different accounts, auto connecting server, mod setups and configurations.

The ability to authenticate with Mojang login servers was another plus that it had built in, allowing users to not only launch minecraft in offline mode, but also online mode. Most portable MC launchers at the time of developing this were restricted to just running in offline mode and using .bat (.sh) files to launch the Minecraft jar file, with no way to play on online mode servers.

Forge and LiteLoader mods  that required additional files to be downloaded also worked.

I no longer maintain and improve the software anymore, though for the most part   it still work as of Minecraft 1.11. The Mod loading functionality is a little broken at loading  and downloaded additional .jar files that are required.

You can still get hold of this program along with read some of the other details about the launcher and features at this link https://kraftzone.net/mclauncher

And here are some old screenshots in a slideshow showing the earlier versions as the launcher  progressed to what it looked like in the above screenshots. 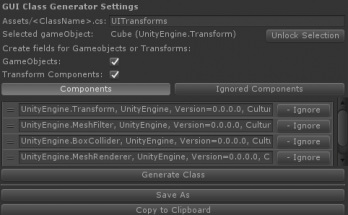